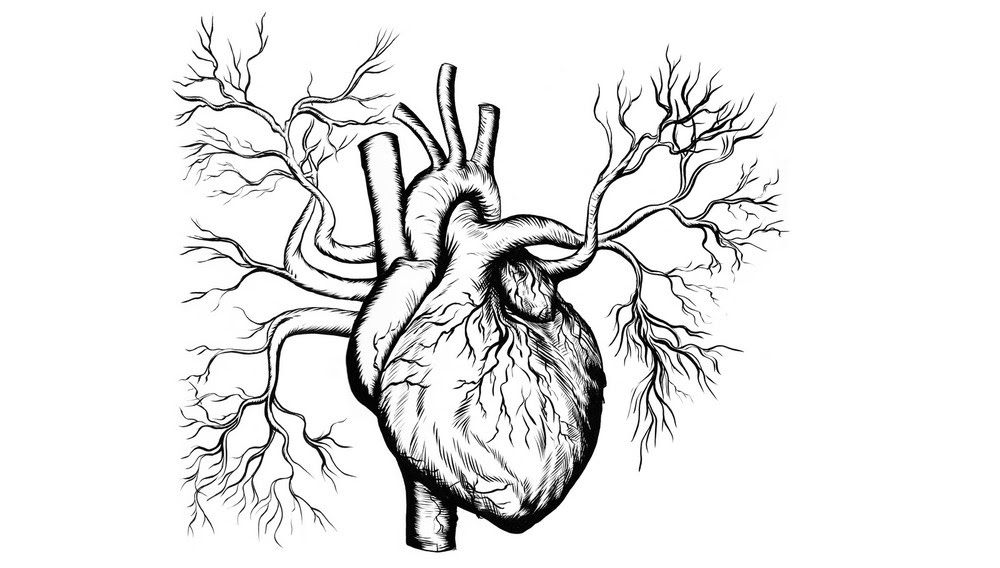 I've been told it's a weakness to be sensitive.

I asked my heart to be more tough. More cold. More something.

I searched and inspected ways not to care but I kept coming back to the same thought.

I cry when when animals get hurt, when friends aren't treated fairly, and after most pixar movies.

Don't get me started on Teacup pigs.

I love people deeply with a fierce loyalty.

I used to get overwhelmed when I didn't know what I was feeling.

Words have always been a great comfort to me. Little pieces of what I felt, tied together in neat sentences to confront what I would never say out loud.

I found bravery in writing. It's my battle axe, my medicine, my personal evolution. I have rewritten me.

Formerly a shy, afraid writer now is now a brave person. I've broken through my own expectations. It's one of my greatest victories.

Writing started to challenge my exterior. My outsides were in constant battle with my in. Someone once said to me "I'm surprised you have so much fire in you." You see, my voice can't always express what I want it to. It's high pitched frequency combined with my blue eyes create an expectation for sweetness. My frame hasn't always been able to carry the weight of what I needed to say.

I've wrestled with my desire to scream out that "girls with covers like mine don't have as many milk and cookies chapters as you might think." I recognize I'd most likely receive a smile and a "You're so cute" in return.

I'd like to ban the word "cute."  Cut it out from my vocabulary. Save it for animals or babies or tiny furniture. It's a useless, belittling word and I'd be happy if I never heard it again.

Writing has made me who I am. It's a part of me. It's housed my sensitive heart and given me a place to feel my own fire. Being empathetic is not a weakness but a gift. I embody a contradiction of strength and softness that makes me who I am.
I am proud to feel, to be overwhelmed, to care. I am glad that things in my life matter and that with every loss, I can be reminded how grateful I am to have what I have.

I am glad to be sensitive AND strong. I'm proud of my sensitive heart.

Email ThisBlogThis!Share to TwitterShare to FacebookShare to Pinterest
Labels: artist, blogger, do you, empathy, heart, introspective, listen to yourself, poetry, sensitive heart, writer

I've been around children on and off my whole life. I come from a big extended family and as one of the oldest cousins, I've done a lot of babysitting in my time. Not to brag or anything. I've also assisted a friend as a camp counsellor and recently started working with kids in a teaching capacity.

The thing about working with kids is you never know what you're going to get from one week to another.  The great thing about children is that they say exactly what's on their minds. They have no filter which can lead to some truly wonderful and hilarious conversations. Some days kids seem to possess such profound knowledge that I think it must come from some higher level of consciousness. For example, I overheard one little girl say to her friend, "you just have to smile and then you'll remember how nice smiling feels." Where did you learn that? But other days, kids say the strangest things.

A couple of weeks ago, I was attempting to separate two sweet but rather rambunctious young girls, and was calmly explaining how mean it was for them to talk when someone was trying to teach them. You never think you're going to recycle phrases that were told to you by parents and teachers but you do. You basically have little to no choice about this.

I tried to explain how listening was important to which both girls reacted by continuing to poke and prod each other while I was talking. So I did what any mature adult would do and put myself in-between them, creating a wall so one little girl could not get to the other. (I attribute this teaching moment to me being a natural maternal figure and having a strong intuitive sense of knowing how to deal with children...)

The two girls responded to this action by deciding to team up together and inch closer and closer towards me. The visual was that one little girl was moving towards my front and the other girl into my back. I felt like a deer being surrounded by lions. Okay, more like a deer surrounded my cubs...Anyway. This all sounds fine (albeit mildly claustrophobic) except you are pretty much not allowed to have ANY contact with children. This positioning put me in the centre of a child sandwich. I feared for my job and honestly, I hate people poking me. As I carefully tried to extract myself from this little lady imprisonment, one of the girls stuck her face into my sweater and said "You smell like Taco's." The other little girl followed suit and stuck her face into the back of my sweater and confirmed "You DO smell like taco's."

In my opinion, you only have one option when two eight year old kids think that you smell like Tacos. You pretend like that's the greatest compliment you've ever heard. After all, they can smell fear.

Little girls: "Well then WHY do you smell like that?"

*Note: THERE IS ABSOLUTELY NO LOGIC HERE. REMIND ME TO NEVER APPLY TO LAW SCHOOL BECAUSE MY REASONING SKILLS ARE WEAK.

But by some miracle, my statement worked.

Little girls: "We had Taco's for lunch"

Me: "But did you have guacamole?"

The girls finally went back to their choreography, confused and slightly panicked at the lack of clarity this conversation had given them but I really felt like I learnt something about myself. I like how honest children are! I like that they don't follow social norms because they didn't understand or care about them. Most adults would never tell you that you smell like a taco, and it's rather refreshing to be told the truth. So I'm glad I have these little ladies around to keep me grounded and to not take myself too seriously. But also, for purely hygienic reasons, I'm happy to get a heads-up when I smell like delicious fried food.

Posted by Laurel Brady at 10:33 No comments:

This week a dream of mine is finally coming true! I get to play a Witch.

I KNOW!! I am performing in Pure Carbon's third theatrical experiment "Bitchcraft," which if you had to ask me to describe it, I would say it's a combination of "90210", "The Craft" and Arthur Miller's "The Crucible." Now you KNOW you want to see that. The show takes place this Friday March 6th and Saturday March 7th at 8pm at The Creation Lab (720 Bathurst St).

It's kind of a crazy/beautiful experience since "Bitchcraft" was created within 6 rehearsals (that's why it called an experiment and not a show shhhh...you know our secret.)

My dream of becoming a witch started from one of the first Halloween's that I remember. Every year for a good four years, when asked what I'd like to be for Halloween, I would say "A witch." But not a pretty witch. No, friends. I wanted to be a real witch. I put black on my teeth, (fake) spiders in my hair, made my own spellbook and I was happiest little girl in the world. Why do real witches have black on her teeth?

...Yeah okay.  I bet you ask the tooth faerie why she collects all those children's teeth? Huh, punk? Reading my blog and questioning my logic*. Hmmpppfff.

*I'm not suggesting witches can't be pretty. If you're a witch, I mean no harm.  Also tell me your secrets.

My witchcraft obsession continued when the 90's movie "Practical Magic" came out starring the hilarious Sandra Bullock and the sultry Nicole Kidman as two witch sisters. If you haven't seen this movie then TREAT YOURSELF. You will not be disappointed. This movie was probably too mature for me when I watched it. What with the murder, the sexual content, and the terrifying possession but regardless, my ten year old self loved it. This sparked my obsessive renting* of this movie.

*Renting was this thing you did at a place called a "video store" where you borrowed actual copies of movies on VHS (Think DVDS that resemble a small brick). Netflix didn't exist yet.

Around this time, the new author J.K Rowling came out with a series of books called "Harry Potter." Maybe you've heard about it? Oh yeah? That's because it's an AWESOME series. You may have gathered that I'm a bit of fan (A HUGE FAN) of Harry Potter.

I dreamt of attending "Hogwarts school of Witchcraft and Wizardry" because I knew deep down that I was a witch. I would sit in class and try to make things move with my mind. My parents worried about my sanity, I worried about whether my magic moved that piece of paper or the wind. Answer: My magic did.

I actually asked my parents to send me to boarding school because I assumed that without my parents around, I was more likely to get spotted by a witch or wizard and be accepted with late admission to the school. Harry Potter didn't have his parents around so it seemed like the logical solution to cast aside mine so Dumbledore could find me. He was probably just scared that Deborah and David loved me too much to let me go to a magical realm that they weren't invited to. They're overbearing like that.

As I grew older, I waited for Harry Potter to fall in love with me. Later when the actor proved to be too short for me, I settled for Ron. I was more of a Hermione-type than a Ginny Weasley anyway. And I've always been attracted to funny guys.

I waited and waited for my Hogwarts letter to come in the mail. Longer than is socially acceptable to admit. Okay. FINE... I'm still waiting.

*A friend of mine sent me a Hogwarts letter in the mail apologising for it's delay when I was 20 and I have to say, I'm still disappointed it's not real. Her dad always whittled me a wand out of wood! When I say "friend" I mean best friend because let's be honest, who can top that?

Around this time, the show "Charmed" came out and I was hit with my next fix. On and on, witch stories came into my life and I have never been disappointed. Even if it's a terrible show or show, I'll probably watch it or read it.

So this brings me to where I stand now. Wednesday evening preparing for our Friday show. And I am just so happy because at the end of my life, no matter what happens, I'll look back and think to myself, "I got my dream." For two nights of my life, I got to be a witch.

If you would like to come see the magic, I've attached the link below:

Did you ever think you were a witch or wizard? Let me know. I'd love to hear from you.

Posted by Laurel Brady at 16:33 No comments: