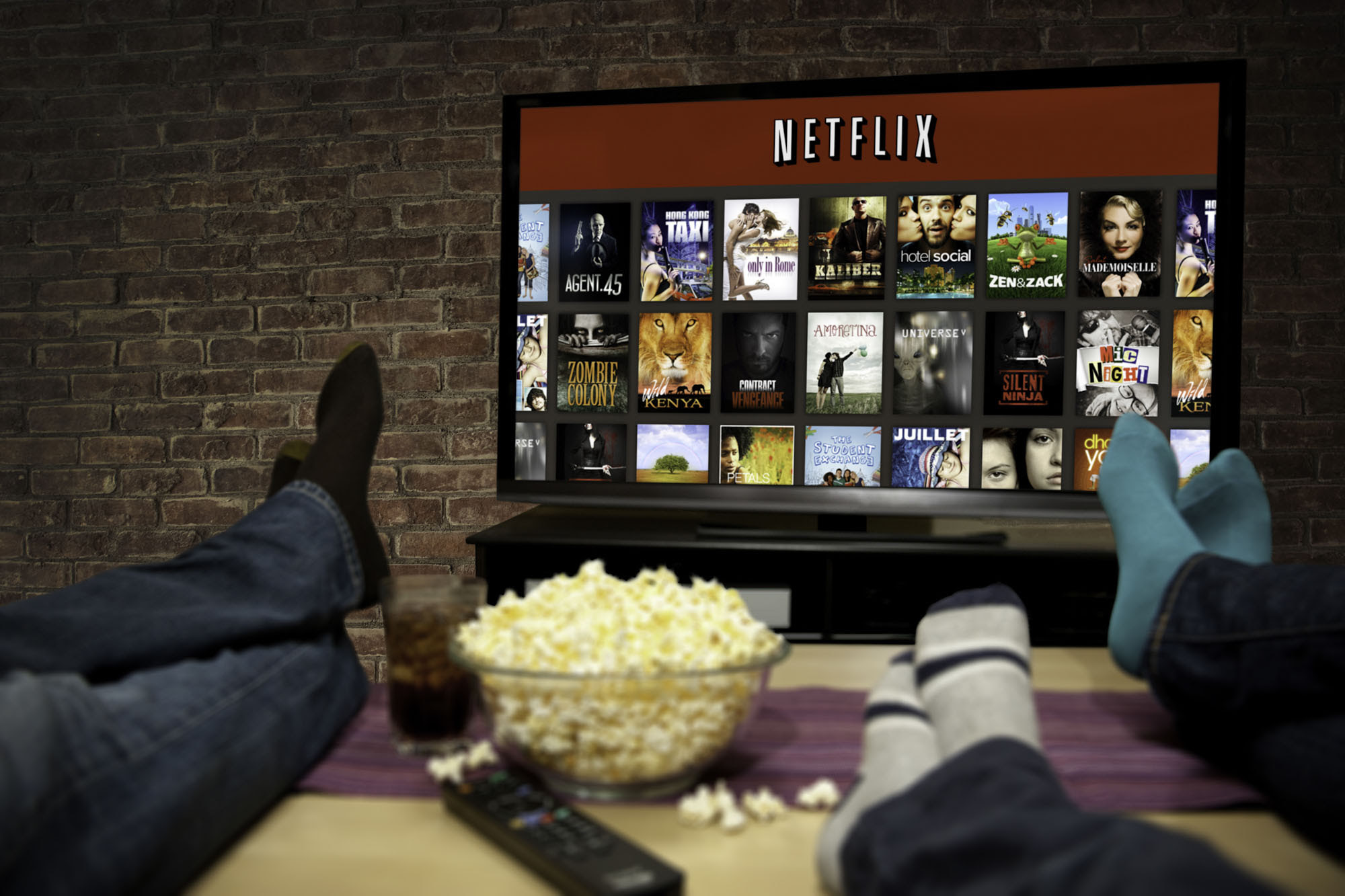 It's a sad thing to admit that you have a problem. Especially when you have your pride to contend with but I believe that now is the time to come clean.

I have a Netflix problem. I know what you're thinking. Everybody does. Everybody probably "netflix" a bit too much. What's the big deal, right? This is where you are wrong.

It started off as just a thing I did when visiting people's houses. I was a social netflixer. I would watch and stream and then move on to something else. It wasn't something I had to do. It was something I wanted to do.

Then came the day when I started to house sit. It seemed like a good time to let loose and get my coach potato on. I had two uninterrupted weeks of Canadian Netflix. I watched and re-watched my favourite movies and new surprise gems.

Shortly after this, I got another house-sitting gig. This time, I had 4 weeks of constant N-flixing. Friends asked if they could see me but I was "too busy" sitting in my own filth, eating an over sized bowl of Cheerios, watching every episode of that show you forgot existed...You know, that one.

Sure. I knew it was getting excessive but I couldn't stop now. How would I know who Ted married in "How I met your Mother" or what shenanigans the gang of "Happy Endings" were up to? I thought I could handle it. I thought I was strong enough. And then came "Hola".

This app sent me into a dark spiral. Not only was I able to get my hands on Canadian Netflix but by using this app, I could watch British, American and every other countries Netflix with a flick of a button. For those of you exposed to American Netflix, you know you'll never go back. You'll. Never. Go. Back. It has shows you forgot about, Made-For-T.V movies,  and the newest hot flick. They're all there and it's...beautiful.

Slowly my life turned into a downward spiral of late night viewings, and embarrassing obsessions with good/bad shows (*Shows that aren't "good" but you don't care). I started to forget that I had people in my life who weren't on my Macbook screen. I know. Real people exist?

Friends and family would call me and I didn't know how to interact with them. Eventually some dear friends, who were suffering from the same addiction, encouraged me to go outside with them. We stepped out into the real world revealing our translucent skin and weak bodies to each other.  I hissed at the sunlight. "What is this feeling?"  I whispered. My voice was hoarse from lack of use. "Fresh air" they hissed back at me. It felt like poison danced on my lungs. Then I realized, this has to stop. What have we been doing to ourselves? What started out as a fun thing had taken over our lives.  This was not a joke. We couldn't be those people that other people looked at and said "What happened?." I needed to stop this behaviour.

And so I did. And I never touched Netflix again.

Who am I kidding? You don't quit Netflix. That's like saying you "quit" Facebook. And so I am stuck here in this dark place. By dark place, I mean my room. And in my room, I am in my pajamas. And in these Pajamas, I am a happy lady because I can binge watch all the seasons of "Brothers and Sisters." Suck it, Fresh air.
Posted by Laurel Brady at 08:43 No comments:

It is on this Friday morning that I bring you word that two entrepreneurs are attempting to create a probiotic that will make your vagina smell like peaches...I'll give you a minute to think this one over.

Nope. I'm not Joking. I don't believe I am creative enough to come up with an idea like this. Peaches, eh? Hmmm...this disturbs me on so many levels. For starters, I love peaches. Why then, you might ask, do I have trouble getting on board with this fruity idea?

Perhaps World, It is the association that I have with this beloved fruit. Summer, peach pie, ice cream. Now don't get me wrong, I am thankful for my vagina and all my other vagina having friends. Woohoo Vaginas! But alas, I fear it might get confusing. First of all, if I were to smell like peaches, would I then get sick of my favourite fruit? If someone asked you how you were, and you replied "Just Peachy" or "Peachy keen", It might become confusing and opaque about what you were referring to.

Not to mention the "minor" problem that this product will have in perpetuating the negative belief that woman's bodies are dirty and that we need to fix or hide one more thing about ourselves. You know, not problematic at all.

I believe in maintaining a healthy body but I also believe that our natural odours are indicators are what is happening internally. So on the one hand, good for these gentleman for trying to bring awareness to the importance of healthy bacteria. On the other hand, it's strange (offensive) that their product aims to create a peach smell where a peach smell was never intended. Presumably if you were to take a probiotic, you would rebalance the amount of good bacteria and you wouldn't have a bad odour, just a natural one. No peach fragrance required, sir. Note: If you are grossed out by this conversation, you really shouldn't be reading my blog.

I can, at times, be diplomatic and so I have a suggestion for Austin Heinz and Gilad Gome and their "Sweet Peach" invention.  You believe that woman should smell like a sweet fruit? Hmm...okay then. Say some women agree to take your lady supplement? What then? Are you planning to expand your line to create a male option? How about a sandalwood probiotic that men can stick up their anus? After all, this invention could help men's "personal empowerment"so that they don't feel self-conscious about their bodily odours. Men as well as woman can finally be free to live their lives without the problem of smelling like a human being.You have every right to smell like sandalwood if you so choose! Heck, we can all have personalized scents wafting from every orifice.

If you think this is an absurd idea then perhaps you should reconsider expecting a woman to smell like a ripe peach. My point is that the "Sweet peach" product, although (hopefully) created with some sort of good intention, promotes a strong gender bias and body policing that I cannot get on board with. But what I can say is, I will sleep safely tonight, knowing that there are people in the world creating such innovative and necessary products. Good job, Science. Good Job.