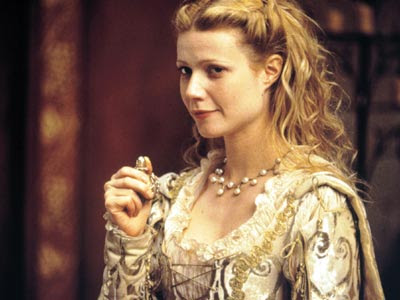 I just came back from the Ralph Fiennes film version of Shakespeare's Coriolanus. Here is the thing...I don't think I always like Billy S. and this is why: Shakespeare was a man of many wonderful images, many words and yet I think SOME of his female characters are just terrible. In most Shakespeare plays, you see these rich male characters who have wants and needs. Then there are the young women...one dimensional idiots who will literally do anything to please people . They are passive, they are pretty, they are boring.

Here is where I will shift my argument back to my point about Shakespeare and updating his work. I understand that we are all people of our time and during Shakespeare's time, woman were more passive. MAYBE all a woman wanted was to please her husbands. MAYBE women were constantly the victims or the perfect counterparts to men's vicious and troubled ways. I say this, but I don't believe that this was the case for all women. I'm sure that in every time period there was at least one feisty woman. A real ball-buster and frankly that's the girl for me.

I don't like roles that perpetuate passivity just because it was true back in the day. I'm not saying you should ignore the social structures of a time period and forget how the world once was, but you should also embrace how the world works today. My point is that if you are going to update Shakespeare in every other way (as is the case in Fiennes version) then why not update the women's roles? I'm not saying "change the text" but maybe give the women a scene that shows some depth, some humanity, some power.

IT'S SO AGGRAVATING. Why can't women have cool stories where they aren't the victims? Why can't there be more Joan of Arcs and less Bella Swans in the world? Why, dear jesus, do I have to watch another film where a woman sheds a single tear down her check when she is upset? For once, I want a film to show the raw emotion of a woman who has needs of her own and punches that stupid husband of hers in the face...sorry I got sidetracked. I want to play a woman who has strength. Who doesn't crumble at the first sign of trouble. I don't know about anyone else but these victims are not the women I encounter in my day to day life. The women I know are fierce, tough with huge hearts.

I have trouble not with how Shakespeare wrote his plays because he wrote them with the view of his time period. I agree that the man can write a verse like no other. He was a genius and yet we need to consider the fact that times have changed.  If a modern actor like Ralph Fiennes chooses to direct Shakespeare's play, take liberties with cellphones and modern wars, add food crisis to keep it relevant, then why can't he take the time to make the young wife Virgilia have some sort of purpose? Why can't there a be a shot to show how she feels about her husband? Why can't she react to whats happening to her like a human being as opposed to the one-dimensional character that shakespeare wrote for her?

Why can't films and Theatre show the courage, the bravery, the beauty and complexity of women that Shakespeare neglected to show in his writing?

Perhaps it could be argued that Shakespeare was a man of  his time and we should stick to the tradition of his work. Yet if we were to truly honour the old ways of Shakespeare's time then we would all be peeing on the theatre floor and throwing oranges at the actors. I would no doubt be a prostitute and most of us would have the plague. I'm not down for any of these things and if you are, then throw some prostitute money my way so I can write a kick-ass play with bad-ass women. And frankly I don't want to see another updated Shakespeare play or movie that is praised for it's modern adaptation when everything is changed except for the representations of women. Either perform the original version or do a thorough reworking of the Shakespeare text.